Datadear not working after update - VAT due in 4 days!

After update DD not functional and gives error messages per attached, need to submit in 4 days so any help greatly appreciated. Has been working fine for over a year, Excel 2016 on Windows 2012R2 on iMac via VMWare Fusion 8.5.10 and has been nice and stable so far.

I finally got a working system late yesterday and managed my submission, thank goodness. The steps I took are as follows, hope something helps as I can’t be certain exactly which step cured the issue.

I still got the Custom UI errors but I suspect now that was a Windows/Excel thing. If I had to guess the success steps it would probably be setting up a completely fresh org and re-authoriding Datadear with HMRC, possibly also a fresh install of the add-in and a fresh copy of the template. Hope this helps in some way, best of luck!

Thank you for your response, glad this worked.

@ECEnglish I have checked this internally and there have not been any changes from our side as DataDear. This could be an issue originating from HMRC directly or from your local environment. I would suggest following the above comment from Jima as after updating his Windows and re-connected to HMRC, this worked for him.

I’ve followed the steps above and also removed and re-installed both office 365 and Datadear. I’ve deleted the organisation and added again as a new one and authorised through HMRC. I’ve downloaded the template from the site and logged in again but the auto fill cells only pull through the VRN and not the VAT period. It also still gives me the same message saying to ‘contact support’. It doesn’t give me the option to post online after showing this message, even if I manually enter the dates.

I’ve also logged into the HMRC portal to check the software listed and Datadear is no longer showing? 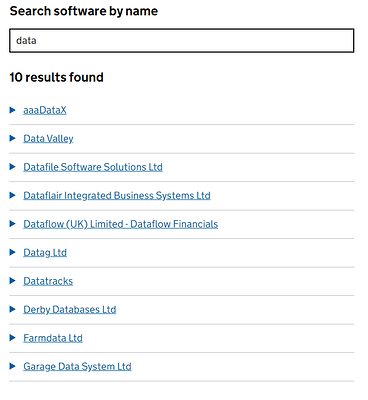 If you haven’t done it already, click the ‘Connect to HMRC’ button from the ‘Organisations’ menu option in your Datadear account and make the entries from there again. ISTR I was able to authorise from there. The HMRC web site is only really a guide, not a definitive list.

BTW my backup plan was to ask my accountant to submit my entries on my behalf if all else failed. Perhaps that may be an option?

I would suggest trying to get the Obligations report to confirm you have an open period to submit. You may find instructions on how to get the report here:

HMRC - How do I use the available VAT reports and Obligations? HMRC MTD

Learn more about the different HMRC VAT reports and how to use the parameters windows DataDear gives you the option to download (GET) data from HMRC for your connected companies into your Excel worksheet. There are a few steps required to download the data. Open Excel, click on the DataDear tab and login using your email and password. Choose the HMRC organisation from the first drop-down. You may first need to add your company connection with HMRC - learn how to link to HMRC. [image] O…

The dates cannot be entered manually, as it would not work, so I suggest using a new non-edited template.

Thank you for your reply. I’ve opened excel and logged into the Datadear tab and selected our organisation. I’ve then selected the obligation report below it but when I generate the current sheet with the dates selected for the return it still gives me the same error message below. It still pulls through the VRN to the report

Our IT team has re-installed office again for my account and I followed the steps above again and it is still not pulling through the return period, only the VRN number. I’ve never had any issues with the software until now. Is there anything else I can try, or could you please recommend a different MTD software to use?

This topic was automatically closed 7 days after the last reply. New replies are no longer allowed.