Welcome to the first DataDear release for 2020.

As announced late last year, the product team has been preparing the platform for several other QuickBooks Online POST templates which are being launched over the next few months.

QuickBooks Online - the ability to POST and EDIT vendors and customers from the same DataDear template is currently in Beta and the template can be downloaded from the Templates Library! 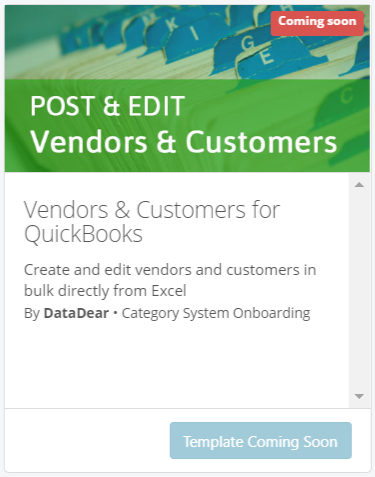 Minor improvements to the free MTD submission tool. These changes will improve the service to make the process easier to understand and to use. The VAT (VRN) number is now collected during the sync with HMRC and can be used automatically by the system without the need to enter this number again in the process. In addition, the error messages are more intelligent and are guiding the user on the various error messages.

The same template can be used and HMRC/DataDear users without a saved VRN will be informed to reconnect the systems. 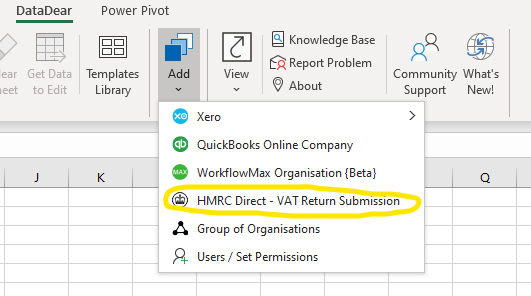 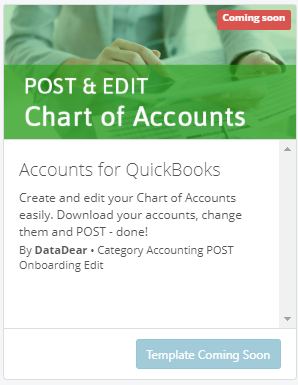